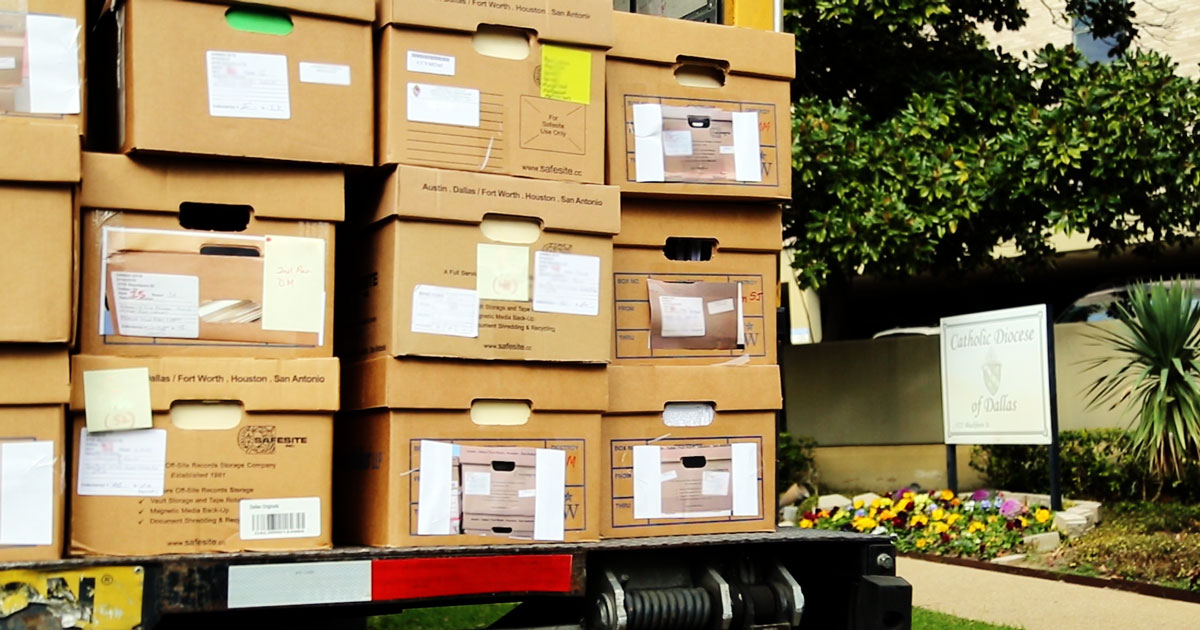 Statement on one year anniversary of raid of Diocese Pastoral Center

In a story published online May 29, the Dallas Morning News reports a district court ruled several months ago that the police far exceeded the scope of their search warrant in a raid at the Diocese of Dallas Pastoral Center a year ago.

In a story published online May 29, the Dallas Morning News reports a district court ruled several months ago that the police far exceeded the scope of their search warrant in a raid at the Diocese of Dallas Pastoral Center a year ago. Over 99% of the items seized were ordered returned to the Diocese.  Read the full statement.

On May 15, 2019, the Dallas Police department conducted a highly publicized raid based on a search warrant that inaccurately implied the Diocese of Dallas was withholding information necessary for a police investigation of sexual abuse.

Prior to the raid, the Diocese had already voluntarily turned over to police the files for those named in the affidavit, and the Diocese was working directly with police on this investigation.

Even after the raid the Diocese cooperation included voluntarily providing police with the location of a laicized priest that led to the only arrest so far in their investigation.

After comparing the items seized in the raid to the search warrant application, the court that signed the warrant made several rulings that the police raid had seized more than 100 boxes of materials that “exceeded the scope of the search warrant.” Police were ordered to return over 99% of the items seized and most of the few documents that remained with police had already been voluntarily turned over by the Diocese to investigators prior to the raid.

Bishop Edward Burns stated that the raid a year ago that involved some 40 law enforcement officers in SWAT gear “was unnecessary and sensational” and went on to say,  “The fact that almost all of the files had to be returned to us, is an indication that the raid was unnecessary and a waste of valuable police time and an unnecessary consumption of significant community resources that could have been put to much better use.”

The Diocese of Dallas continues to communicate and collaborate with the Dallas Police Department and urges all victims of abuse to contact law enforcement.

For Bishop Burns and the Diocese Of Dallas the healing of victims and survivors of abuse is a priority and the diocese is steadfast in creating a safe environment.