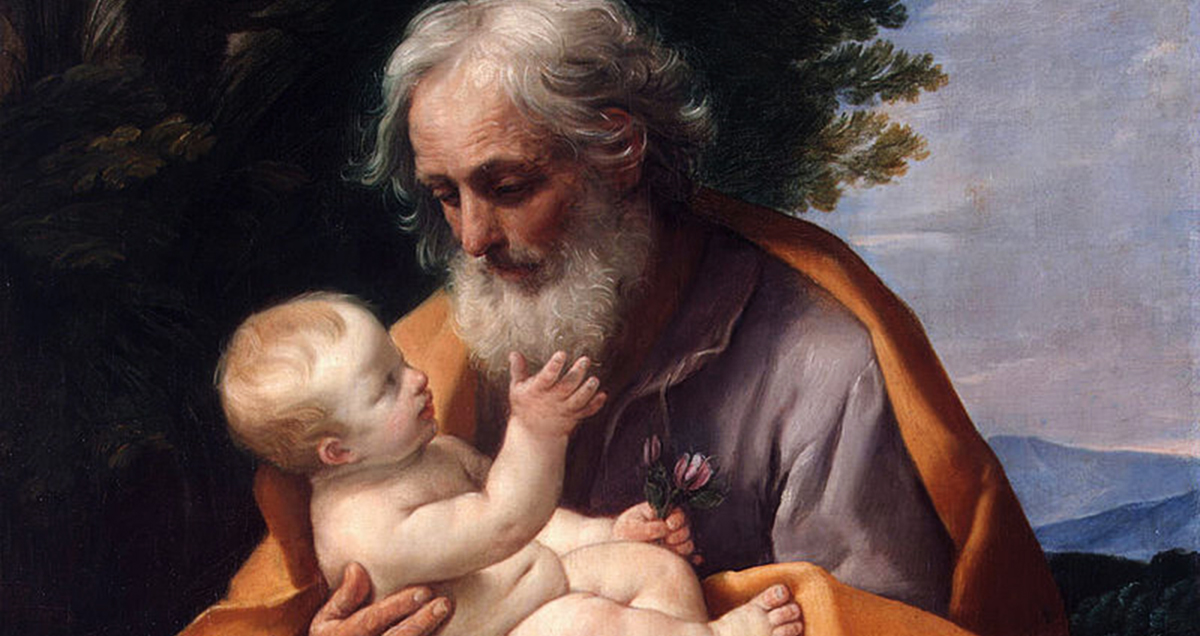 Solemnity of St Joseph, the Husband of Mary

Today we are celebrating the Solemnity of St Joseph, the Husband of Mary. Scripture points him out to us as the "father" of Jesus, prepared to carry out the divine plan, even when it eluded human understanding.

In his General Audience on Wednesday, March 19, 2003, Pope Saint John Paul II of happy memory addressed his audience at St. Peter's Square to speak to them about St. Joseph, the Patron Saint of the Universal Church:

Today we are celebrating the Solemnity of St Joseph, the Husband of Mary. Scripture points him out to us as the "father" of Jesus, prepared to carry out the divine plan, even when it eluded human understanding. To him, "son of David", God entrusted the safekeeping of the Eternal Word, made man by the power of the Holy Spirit in the womb of the Virgin Mary. St Joseph is described in the Gospel as a "just man", and for all believers he is a model of life in faith.

The word "just" evokes his moral rectitude, his sincere attachment to the practice of the law and his attitude of total openness to the will of the heavenly Father. Even in difficult and sometimes tragic moments, the humble carpenter of Nazareth never claimed for himself the right to dispute God's plan. He awaited the call from on High and in silence respected the mystery, letting himself be guided by the Lord. Once he received the mission, he fulfils it with docile responsibility. He listens attentively to the angel, when he is asked to take as his wife the Virgin of Nazareth, in the flight into Egypt and in the return to Israel. In few, but significant strokes, the Evangelists describe him as the caring guardian of Jesus, an attentive and faithful husband, who exercises his family authority in a constant attitude of service.

Nothing else is said about him in the Sacred Scriptures, but this silence contains the special style of his mission: a life lived in the greyness of everyday life, but with steadfast faith in Providence.

Every day St Joseph had to provide for the family's needs with hard manual work. Thus the Church rightly points to him as the patron of workers.

Today's solemnity is also a wonderful occasion to reflect on the importance of work in the life of the human person, the family and the community.

The human being is the subject and the primary agent of work, and in the light of this truth, we can clearly perceive the fundamental connection between the person, work and society. Human activity - the Second Vatican Council recalls - proceeds from the human person and is ordered to the person. According to God's design and will, it must serve the true good of humanity and allow "man as an individual and as a member of society to cultivate and carry out his integral vocation".

In order to fulfil this mission, a "tested spirituality of human work" must be cultivated that is firmly rooted in the "Gospel of work" and believers are called to proclaim and to witness to the Christian meaning of work in their many activities and occupations.

May St Joseph, such a great and humble saint be an example that inspires Christian workers, who should call on him in every circumstance. Today I wish to entrust to the provident guardian of the Holy Family of Nazareth the young people who are training for their future profession, the unemployed, and those who are suffering from the hardship of the shortage of employment, families and the whole world of work, with the expectations and challenges, the problems and prospects that characterize it.

May St Joseph, the Patron of the universal Church, watch over the entire ecclesial community and, as the man of peace that he was, may he obtain for all humanity, especially for the peoples threatened at this time by war, the precious gift of harmony and peace.