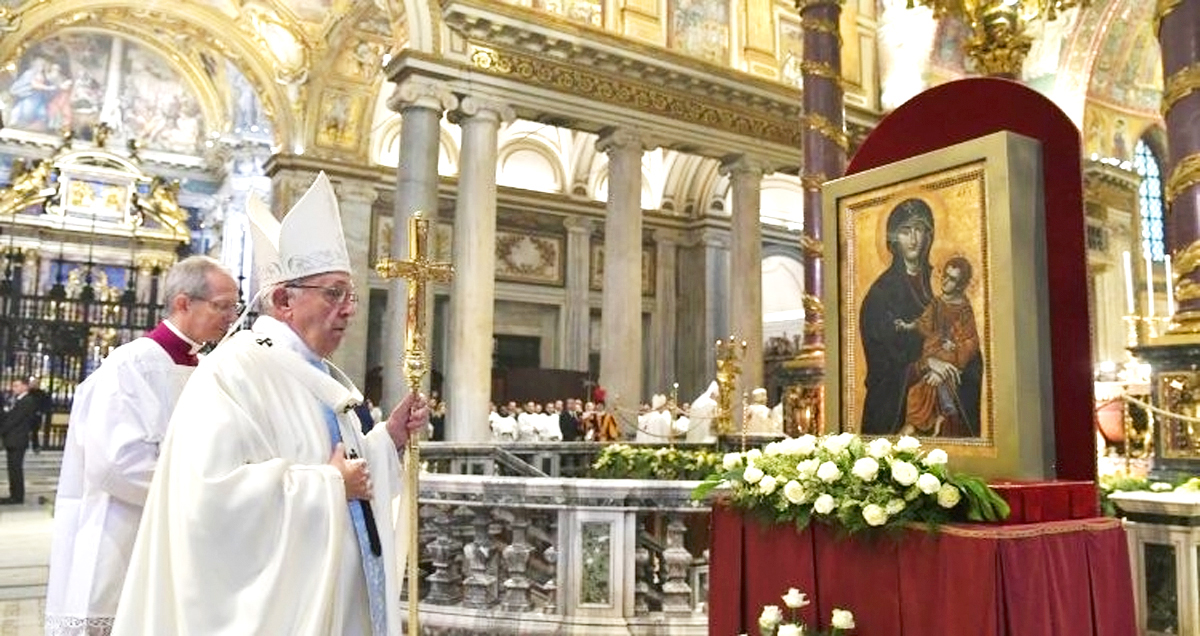 Pope Francis inserts the Memorial of the Blessed Virgin Mary, Mother of the Church, into the Roman Calendar on the Monday following Pentecost Sunday.

Cardinal Robert Sarah, Prefect of the Congregation for Divine Worship and the Discipline of the Sacraments, on Saturday issued a statement on the newly-instituted Memorial of Mary, Mother of the Church.

He said the Decree – dated 11 February 2018, the 160th anniversary of the first apparition of the Virgin at Lourdes – is a result of a decision by Pope Francis to insert the Memorial in the General Roman Calendar.

The Memorial will be celebrated annually on the Monday following Pentecost.

‘Mary, Mother of the Church’

Cardinal Sarah said the new Memorial is a result of the “maturation of liturgical veneration given to Mary following a better understanding of her presence ‘in the mystery of Christ and of the Church’, as explained in Chapter 7 of Vatican II’s Lumen gentium.”

The title of Mother of the Church, he said, was bestowed upon Mary by Pope Paul VI in November of 1964.

“The feeling of Christian people through two millennia of history,” said Cardinal Sarah, “has cultivated the filial bond, which inseparably binds the disciples of Christ to his Blessed Mother in various ways.”

He said Poland and Argentina had already inserted the celebration into their liturgical calendars on the Monday after Pentecost with approval from the Apostolic See. The memorial is also held, he noted, in St. Peter’s Basilica and in certain Religious Orders and Congregations.

Cardinal Sarah said the connection between Pentecost and Mary’s maternal care is evident. He said Acts 1:12-14 and Genesis 3:9-15,20, if read in the light of the typology of the New Eve, shows that Mary became the ‘Mother of All the Living” at the foot of the Cross of Jesus, her Son.

He said Pope Francis’ decision takes into account “the importance of the mystery of Mary’s spiritual motherhood, which from the awaiting of the Spirit at Pentecost has never ceased to take motherly care of the pilgrim Church on earth”.

The hope, Cardinal Sarah concluded, is that the celebration of Mary as Mother of the Church “will remind all Christ’s disciples that, if we want to grow and to be filled with the love of God, it is necessary to plant our life firmly on three great realities: the Cross, the Eucharist, and the Mother of God.”