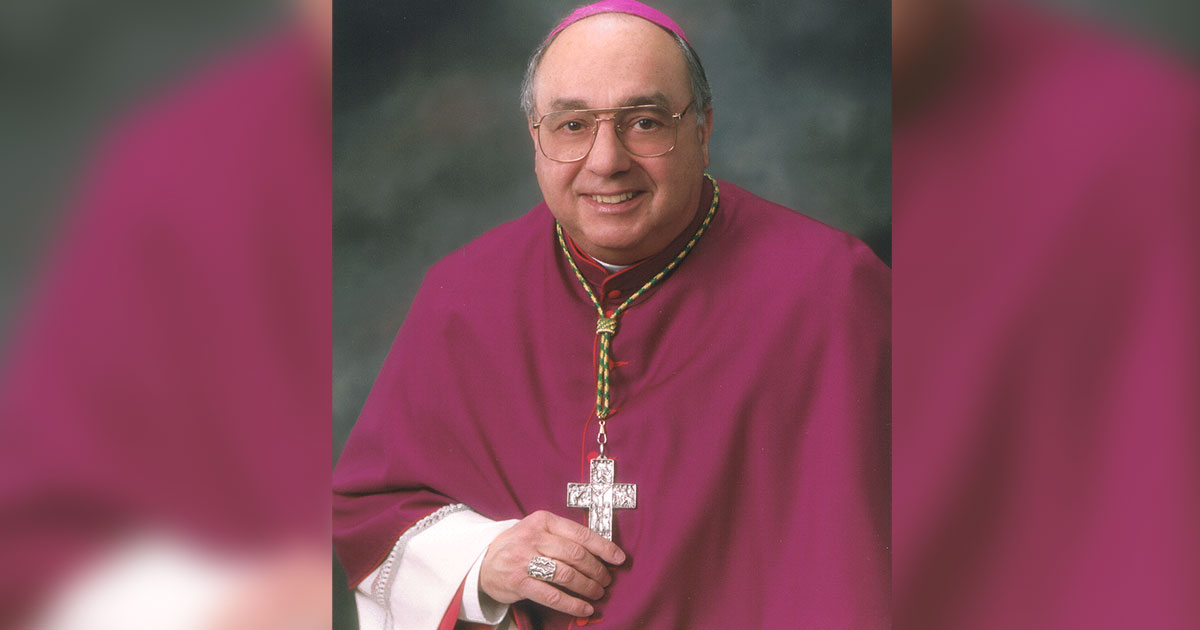 Bishop Galante served as coadjutor bishop of the Catholic Diocese of Dallas from January 2000 until April 2004.

Today the Diocese of Camden announced that Bishop Joseph Anthony Galante passed away on Saturday, May 25. Bishop Galante served as coadjutor bishop of the Catholic Diocese of Dallas from January 2000 until April 2004.

Bishop Galante was born in Philadelphia and was ordained in 1964. He served in the Archdiocese of Philadelphia until named by Pope John Paul II in December 1986 to be Undersecretary of the Congregation for Religious in Rome. He was a member of the Pontifical Council for Social Communications and chair of the United States Conference of Catholic Bishops’ Committee on Communications.

In October 1992 he was named Auxiliary Bishop of San Antonio, Texas. A year and a half later he was installed as Bishop of Beaumont, Texas and became Coadjutor Bishop of Dallas in January 2000. On April 30, 2004, Bishop Galante returned to the Philadelphia area and was installed as bishop of the Diocese of Camden.

Details concerning his funeral will be made available on the Diocese of Camden website.

Eternal rest grant unto him, O Lord, and let perpetual light shine upon him. May he rest in peace.