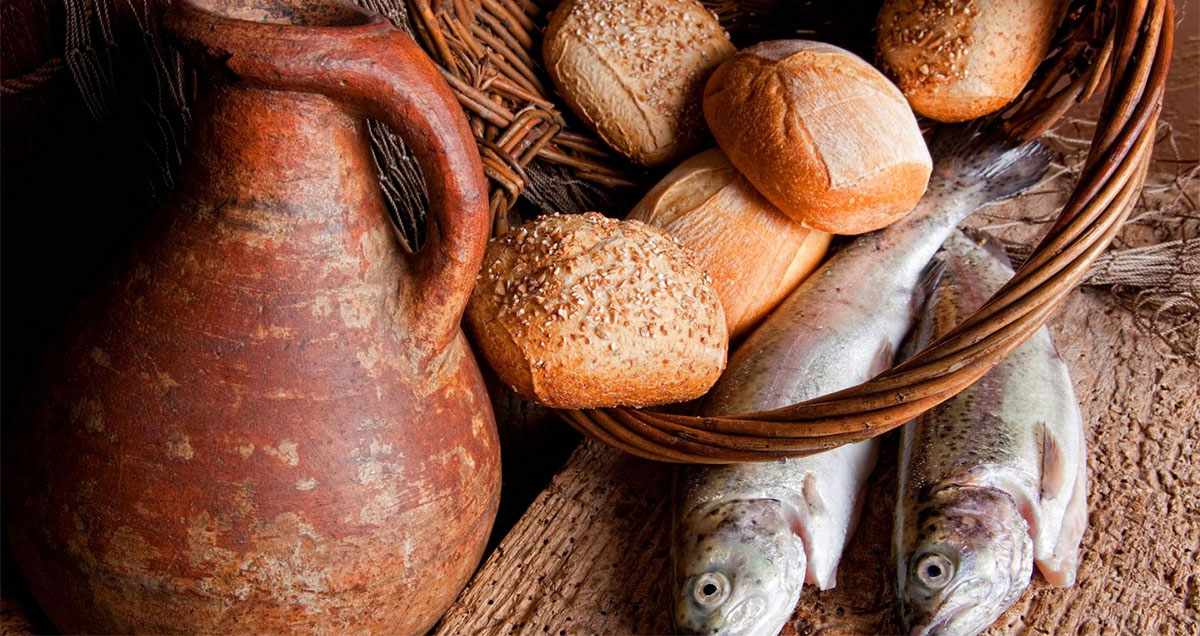 Ash Wednesday (February 14) and Good Friday (March 30) are obligatory days of universal fast and abstinence for Catholics in 2018.

During Lent, the Church asks us to surrender ourselves to prayer and to the reading of Scripture, to fasting and to giving alms.

The fasting that all do together on Fridays is but a sign of the daily Lenten discipline of individuals and households: fasting for certain periods of time, fasting from certain foods, but also fasting from other things and activities. Likewise, the giving of alms is some effort to share this world equally—not only through the distribution of money, but through the sharing of our time and talents. Contemplate the meaning and origins of the Lenten fasting tradition in this reflection.

In Lent, the baptized are called to renew their baptismal commitment as others prepare to be baptized through the Rite of Christian Initiation of Adults, a period of learning and discernment for individuals who have declared their desire to become Catholics.

The key to fruitful observance of these practices is to recognize their link to baptismal renewal. We are called not just to abstain from sin during Lent, but to true conversion of our hearts and minds as followers of Christ. We recall those waters in which we were baptized into Christ's death, died to sin and evil, and began new life in Christ.

Q. Why do we say that there are forty days of Lent?  When you count all the days from Ash Wednesday through Holy Saturday, there are 46.

A. It might be more accurate to say that there is the "forty day fast within Lent."  Historically, Lent has varied from a week to three weeks to the present configuration of 46 days. The forty day fast, however, has been more stable. The Sundays of Lent are certainly part of the Time of Lent, but they are not prescribed days of fast and abstinence.

A.  Apart from the prescribed days of fast and abstinence on Ash Wednesday and Good Friday, and the days of abstinence every Friday of Lent, Catholics have traditionally chosen additional penitential practices for the whole Time of Lent.  These practices are disciplinary in nature and often more effective if they are continuous, i.e., kept on Sundays as well.  That being said, such practices are not regulated by the Church, but by individual conscience.

Q.  I understand that all the Fridays of Lent are days of abstinence from meat, but I'm not sure what is classified as meat.  Does meat include chicken and dairy products?

A.  Abstinence laws consider that meat comes only from animals such as chickens, cows, sheep or pigs --- all of which live on land. Birds are also considered meat. Abstinence does not include meat juices and liquid foods made from meat.  Thus, such foods as chicken broth, consomme, soups cooked or flavored with meat, meat gravies or sauces, as well as seasonings or condiments made from animal fat are technically not forbidden.  However, moral theologians have traditionally taught that we should abstain from all animal-derived products (except foods such as gelatin, butter, cheese and eggs, which do not have any meat taste).  Fish are a different category of animal.  Salt and freshwater species of fish, amphibians, reptiles, (cold-blooded animals) and shellfish are permitted.

A.  While fish, lobster and other shellfish are not considered meat and can be consumed on days of abstinence, indulging in the lavish buffet at your favorite seafood place sort of misses the point.  Abstaining from meat and other indulgences during Lent is a penitential practice.  On the Fridays of Lent, we remember the sacrifice of Christ on Good Friday and unite ourselves with that sacrifice through abstinence and prayer.

Q.  I understand that Catholics ages 18 to 59 should fast on Ash Wednesday and on Good Friday, but what exactly are the rules for these fasts?

A.  Fasting on these days means we can have only one full, meatless meal.  Some food can be taken at the other regular meal times if necessary, but combined they should be less than a full meal.  Liquids are allowed at any time, but no solid food should be consumed between meals.

Q.  Are there exemptions other than for age from the requirement to fast on Ash Wednesday and Good Friday?

A.  Those that are excused from fast and abstinence outside the age limits include the physically or mentally ill including individuals suffering from chronic illnesses such as diabetes.  Also excluded are pregnant or nursing women.  In all cases, common sense should prevail, and ill persons should not further jeopardize their health by fasting.