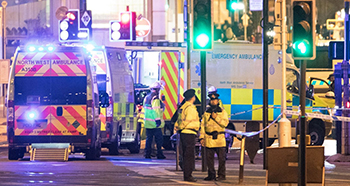 Bishop Burns joins his brother bishops in the United States in offering condolences to the victims and families of the Manchester terror attack.