The call to the Order of Deacon is a call to a  ministry of service.  The service ministry of a deacon may take many forms.  Most deacons serve in parish ministry, primarily working with the pastor and parish staff in facilitating lay ministry.  Like the priest, the deacon should call others to ministry by his witness and his example.  As a facilitator of ministry, his task is to work with the pastor and parish staff in identifying areas of need.  His task then is to train lay men and women to perform the ministry and, when the lay team is ready to take over, the deacon moves on to another area of need to repeat the process.

The diaconate was restored as a permanent ministry by Pope Paul VI, on June 18, 1967, upon the recommendation of the Fathers of the Second Vatican Council.  The first deacons in the United States were ordained in 1971 and the first in Dallas in 1973.  The Dallas Diocese Formation program has been in continuous operation since 1972 when it was established by retired Bishop Thomas Tschoepe.

The Role of the Deacon
As stated in the Dogmatic Constitution on the Church, Second Vatican Council, Chapter III, Paragraph 29.

Ministry of Charity - dedicated to works of Charity

Ministry of the Word

Who is a Deacon?

A deacon is an ordained minister of the Catholic Church. There are three groups,or "orders," of ordained ministers in the Church: bishops, presbyters and deacons. Deacons are ordained as a sacramental sign to the Church and to the world of Christ,who came "to serve and not to be served." The entire Church is called by Christ to serve, and the deacon, in virtue of his sacramental ordination and through his various ministries, is to be a servant in a servant-Church.

What are these "various ministries" of the Deacon?

All ordained ministers in the Church are called to functions of Word, Sacrament,and Charity, but bishops, presbyters and deacons exercise these functions in various ways. As ministers of Word, deacons proclaim the Gospel, preach, and teach in the name of the Church. As ministers of Sacrament,deacons baptize,lead the faithful in prayer, witness marriages, and conduct wake and funeral services As ministers of Charity, deacons are leaders in identifying the needs of others, then marshaling the Church's resources to meet those needs. Deacons are also dedicated to eliminating the injustices or inequities that cause such needs. But no matter what specific functions a deacon performs, they flow from his sacramental identity. In other words, it is not only WHAT a deacon does,but WHO a deacon is,that is important.

Why do some deacons become priests?

For many years ordained ministers "ascended" from one office to another, culminating in ordination to the presbyterate, or priesthood. The Second Vatican Council (1962 – 1965), however, authorized the restoration of the diaconate as a PERMANENT order of ministry. So, while students for the priesthood are still ordained deacons prior to their ordination as priests, there are more than 13,000 deacons in the United States alone who minister in this Order permanently. There is no difference in the sacramental sign or the functions between these so-called "transitional" and "permanent deacons."

May married men be ordained deacons?

Yes. The Second Vatican Council decreed that the diaconate, when it was restored as a permanent order in the hierarchy, could be opened to "mature married men,"later clarified to mean men over the age of 35. This is in keeping with the ancient tradition of the Church, in which married men were ordained into ministry. Also in keeping with ancient practice is the expectation that while a married man may be ordained, an ordained man, if his wife should die, may not marry again without special permission. "Celibacy Affects Every Deacon: In one way or another, celibacy affects every deacon,married or unmarried. Understanding the nature of celibacy —its value and its practice—are essential to the married deacon. Not only does this understanding strengthen and nurture his own commitment to marital chastity, but it also helps to prepare him for the possibility of living celibate chastity should his wife predecease him. This concern is particularly unique within the diaconate. Tragically, some deacons who were married at the time of ordination only begin to face the issues involved with celibacy upon the death of their wives. As difficult as this process is,all deacons need to appreciate the impact celibacy can have on their lives and ministry." -- National Directory for the Formation, Ministry, and Life of Permanent Deacons in the United States, par. 72.

Is a Deacon ordained for the Parish or the Diocese?

Whenever a person is ordained, he is to serve the diocesan Church. Deacons are no different in this regard: they are assigned by the bishop to ministries for which the bishop perceives a great need, and for which the deacon may have special gifts or talents. Most often, this will be within a parish setting, just as most priests serve in a parish. Once assigned to the parish, the deacon and any other clergy assigned to the parish minister under the immediate supervision of the pastor. However, this assignment may be changed at the request of the deacon or the initiative of the bishop.

How do I find out more about becoming a Deacon?

The best place to start is with your pastor, who can put you in touch with the Office of Diaconate Formation for the Diocese of Dalllas. The Director will be able to outline the various requirements and processes to be followed. 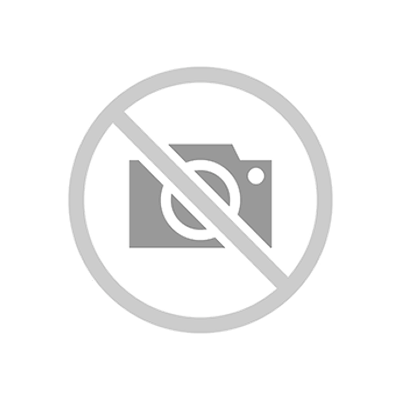