Pope Francis: The Spirit is “the first and last need of the Church” 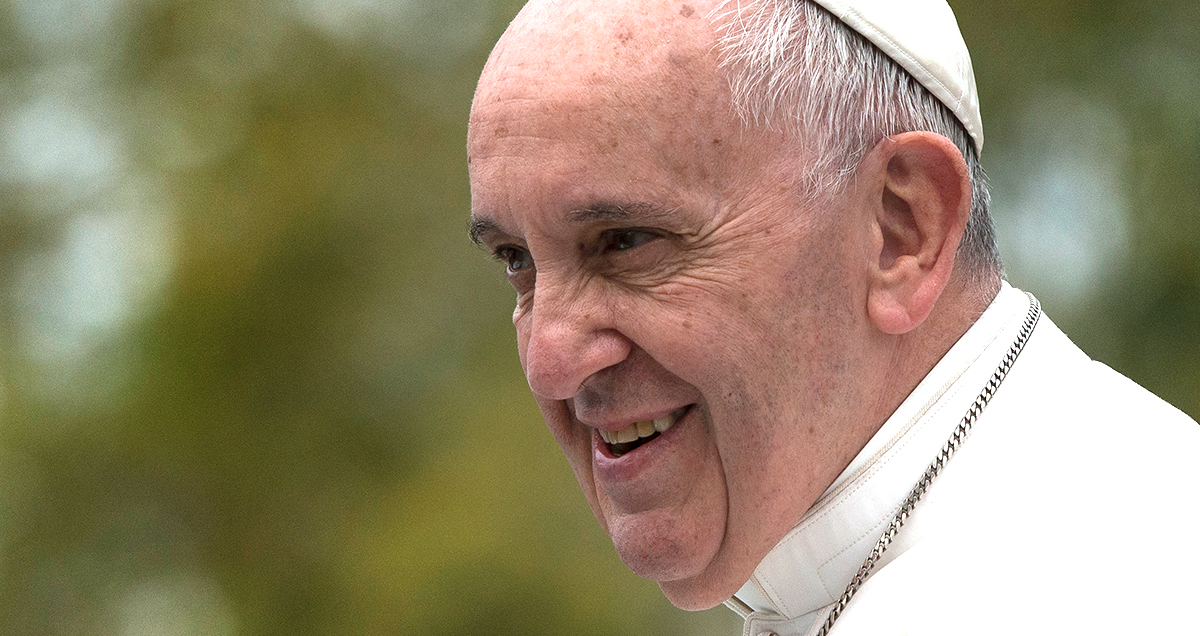 Pentecost arrived, for the disciples, after fifty days of uncertainty.  True, Jesus had risen.  Overjoyed, they had seen him, listened to his words and even shared a meal with him.  Yet they had not overcome their doubts and fears: they met behind closed doors (cf. Jn 20:19.26), uncertain about the future and not ready to proclaim the risen Lord.  Then the Holy Spirit comes and their worries disappear.  Now the apostles show themselves fearless, even before those sent to arrest them.  Previously, they had been worried about saving their lives; now they are unafraid of dying.  Earlier, they had huddled in the Upper Room; now they go forth to preach to every nation.  Before the ascension of Jesus, they waited for God’s kingdom to come to them (cf. Acts 1:6); now they are filled with zeal to travel to unknown lands.  Before, they had almost never spoken in public, and when they did, they had often blundered, as when Peter denied Jesus; now they speak with parrhesia to everyone.  The disciples’ journey seemed to have reached the end of the line, when suddenly they were rejuvenated by the Spirit.  Overwhelmed with uncertainty, when they thought everything was over, they were transformed by a joy that gave them a new birth.  The Holy Spirit did this.  The Spirit is far from being an abstract reality: he is the Person who is most concrete and close, the one who changes our lives.  How does he do this?  Let us consider the Apostles.  The Holy Spirit did not make things easier for them, he didn’t work spectacular miracles, he didn’t take away their difficulties and their opponents.  Rather, the Spirit brought into the lives of the disciples a harmony that had been lacking, his own harmony, for he is harmony.

Harmony within human beings.  Deep down, in their hearts, the disciples needed to be changed. Their story teaches us that even seeing the Risen Lord is not enough, unless we welcome him into our hearts.  It is no use knowing that the Risen One is alive, unless we too live as risen ones.  It is the Spirit who makes Jesus live within us; he raises us up from within. That is why when Jesus appears to his disciples, he repeats the words, “Peace be with you!” (Jn 20:19.21), and bestows the Spirit.  That is what peace really is, the peace bestowed on the Apostles.  That peace does not have to do with resolving outward problems – God does not spare his disciples from tribulation and persecution.  Rather, it has to do with receiving the Holy Spirit.  The peace bestowed on the apostles, the peace that does not bring freedom from problems but in problems, is offered to each of us.  Filled with his peace, our hearts are like a deep sea, which remains peaceful, even when its surface is swept by waves.  It is a harmony so profound that it can even turn persecutions into blessings.  Yet how often we choose to remain on the surface!  Rather than seeking the Spirit, we try to keep afloat, thinking that everything will improve once this or that problem is over, once I no longer see that person, once things get better.  But to do so is to stay on the surface: when one problem goes away, another arrives, and once more we grow anxious and ill at ease.  Avoiding those who do not think as we do will not bring serenity.  Resolving momentary problems will not bring peace.  What makes a difference is the peace of Jesus, the harmony of the Spirit.

At today’s frenzied pace of life, harmony seems swept aside.  Pulled in a thousand directions, we run the risk of nervous exhaustion and so we react badly to everything.  Then we look for the quick fix, popping one pill after another to keep going, one thrill after another to feel alive.  But more than anything else, we need the Spirit: he brings order to our frenzy.  The Spirit is peace in the midst of restlessness, confidence in the midst of discouragement, joy in sadness, youth in aging, courage in the hour of trial.  Amid the stormy currents of life, he lowers the anchor of hope.  As Saint Paul tells us today, the Spirit keeps us from falling back into fear, for he makes us realize that we are beloved children (cf. Rom 8:15).  He is the Consoler, who brings us the tender love of God.  Without the Spirit, our Christian life unravels, lacking the love that brings everything together.  Without the Spirit, Jesus remains a personage from the past; with the Spirit, he is a person alive in our own time.  Without the Spirit, Scripture is a dead letter; with the Spirit it is a word of life.  A Christianity without the Spirit is joyless moralism; with the Spirit, it is life.

The Holy Spirit does not bring only harmony within us but also among us.  He makes us Church, building different parts into one harmonious edifice.  Saint Paul explains this well when, speaking of the Church, he often repeats a single word, “variety”: varieties of gifts, varieties of services, varieties of activities” (1 Cor 12:4-6).  We differ in the variety of our qualities and gifts.  The Holy Spirit distributes them creatively, so that they are not all identical.   On the basis of this variety, he builds unity.  From the beginning of creation, he has done this.  Because he is a specialist in changing chaos into cosmos, in creating harmony.  He is a specialist in creating diversity, enrichment, individuality.  He is the creator of this diversity and, at the same time, the one who brings harmony and gives unity to diversity.  He alone can do these two things.

In today’s world, lack of harmony has led to stark divisions.  There are those who have too much and those who have nothing, those who want to live to a hundred and those who cannot even be born.  In the age of the computer, distances are increasing: the more we use the social media, the less social we are becoming.  We need the Spirit of unity to regenerate us as Church, as God’s People and as a human family.  May he regenerate us!  There is always a temptation to build “nests”, to cling to our little group, to the things and people we like, to resist all contamination.  It is only a small step from a nest to a sect, even within the Church.  How many times do we define our identity in opposition to someone or something!  The Holy Spirit, on the other hand, brings together those who were distant, unites those far off, brings home those who were scattered.  He blends different tonalities in a single harmony, because before all else he sees goodness.  He looks at individuals before looking at their mistakes, at persons before their actions.  The Spirit shapes the Church and the world as a place of sons and daughters, brothers and sisters.   These nouns come before any adjectives.  Nowadays it is fashionable to hurl adjectives and, sadly, even insults.  It could be said that we are living in a culture of adjectives that forgets about the nouns that name the reality of things.  But also, a culture of the insult as the first reaction to any opinion that I do not share.  Later we come to realize that this is harmful, to those insulted but also to those who insult.  Repaying evil for evil, passing from victims to aggressors, is no way to go through life.  Those who live by the Spirit, however, bring peace where there is discord, concord where there is conflict.  Those who are spiritual repay evil with good.  They respond to arrogance with meekness, to malice with goodness, to shouting with silence, to gossip with prayer, to defeatism with encouragement.

To be spiritual, to savour the harmony of the Spirit, we need to adopt his way of seeing things.  Then everything changes: with the Spirit, the Church is the holy People of God, mission is not proselytism but the spread of joy, as others become our brothers and sisters, all loved by the same Father.  Without the Spirit, though, the Church becomes an organization, her mission becomes propaganda, her communion an exertion.  Many Churches spend time making pastoral plans, discussing any number of things.  That seems to be the road to unity, but it is not the way of the Spirit; it is the road to division.  The Spirit is the first and last need of the Church (cf. Saint Paul VI, General Audience, 29 November 1972).  He “comes where he is loved, where he is invited, where he is expected” (Saint Bonaventure, Sermon for the Fourth Sunday after Easter).

Brothers and sisters, let us daily implore the gift of the Spirit.  Holy Spirit, harmony of God, you who turn fear into trust and self-centeredness into self-gift, come to us.  Grant us the joy of the resurrection and perennially young hearts.  Holy Spirit, our harmony, you who make of us one body, pour forth your peace upon the Church and our world.  Holy Spirit, make us builders of concord, sowers of goodness, apostles of hope.