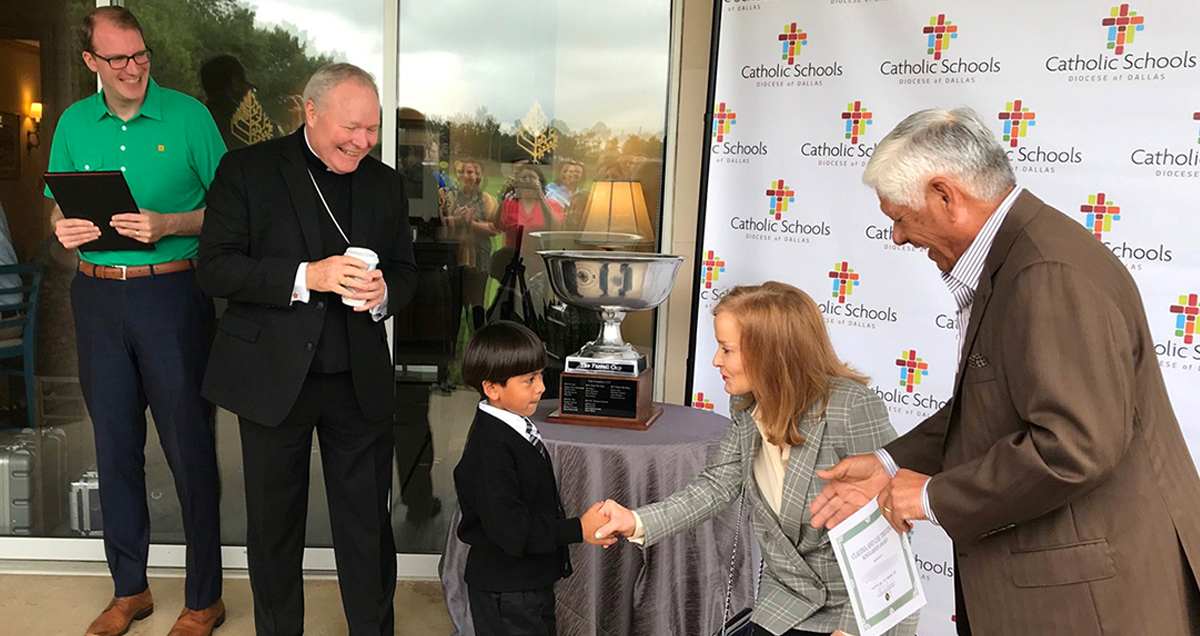 History was made Monday, September 24th when the Bishop’s Invitational Golf Tournament raised record setting funds despite being rained-out for the first time.  Even though the rain-saturated TPC courses at the Four Seasons Resort in Las Colinas meant golfers could not play, $668,039 was raised with additional donations still coming in.  $645,000 was raised last year.  The annual tournament provides scholarships for students in need to attend Catholic Schools in the Diocese of Dallas.

Christus Health returned for a fifth year as the Title Sponsor donating $500,000 during that time. Rounds with golf legend Lee Trevino were auctioned off as part of the 2017 fundraiser.  Trevino and his wife Claudia were on hand to award the Trevino Scholarships to deserving students.

An inaugural Halo Leadership Award was presented by Dr. Vereecke to the 2018 Co-Chairs Mary and Bill Sladek and Amanda and Jeff Schiefelbein.

Christus Health was awarded the Farrell Cup after serving as the Title Sponsor for the fifth year in a row.